The Question for the Flames Should Not Be Why Jonathan Bernier? It Should Be Why Not?

Rumblings have surfaced that the Flames have had internal discussions about taking on Jonathan Bernier’s contract, which has one year remaining at $4.15 million.


Given how poorly things have gone for him this season in Toronto – an 0-8-3 record and an .883 save percentage, it seems reasonable to assume the Leafs would be open to an opportunity to get out from underneath what’s left on that deal. And given how poorly things have gone between the pipes this season for Calgary, it also seems reasonable that the Flames should have some genuine interest in Bernier.

Here are eight reasons why acquiring the Leafs goaltender would be a smart thing to pursue:


1. Need a Goalie Next Year Anyway

College standout Jon Gillies will not be ready for the NHL next year. In fact, a conservative estimate would put him two years away. Most NCAA graduates in the NHL today spent three or more seasons in the minors.

Jonas Hiller and Karri Ramo are both UFAs in the summer and with Calgary 30th in the NHL in goaltending, it's hard to imagine there’s much desire to bring either one of them back (although Ramo could change that with more performances like his 35-save victory over Dallas on Thursday.)

As for Joni Ortio, an RFA next summer, he can’t be all that enamored with how he’s been treated this year so will he even want to come back, should the Flames try to re-sign him? I don't think it's a slam-dunk.

So unless you include November desperation pick-up Kevin Poulin, you’re potentially talking about an empty nest for the organization next summer when it comes to established NHL goalies under contract.

So, what does the free agent market look like next summer? Well, it looks a lot like the contents of my fridge when it's time for a major cleaning. The 2016 UFA market is seriously underwhelming so you’ll probably end up paying a lot for not very much – James Reimer, Cam Ward, Anton Khudobin, Alex Stalock, Cam Talbot, Chad Johnson, Jhonas Enroth, Al Montoya, Justin Peters, Anders Lindback, Antti Raanta. Looking at that list, there's a lot of expired sour cream and stale pizza in there.

It means if the organization wants a legitimate No. 1 goaltender, they’re going to have to go the trade route to land one and that will cost one or more significant assets. When that time comes, the question becomes who are you willing to part with?

My contention is with a trade being the inevitable route you'll have to go anyway, why not bring in Bernier right now -- if you can get him for a reasonable price -- and try him out. If he doesn’t pan out, then you can go the trade route. 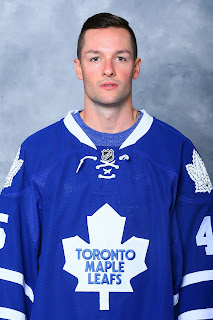 Bernier is 27 years old. At that age, most goalies haven’t yet hit their prime.

Two years ago, Bernier went 26-19-7 and was 10th in the NHL with a .922 save percentage. Last year, his puck stopping rate fell to .912 but that was still top 30. There's reason to believe there is still lots of potential to be untapped.

Most see the one year remaining as a financial burden and that is a fair concern. However, there’s an alternate way to view it. When you talk to GM Brad Treliving, he often uses the word runway when referring to prospects. He’ll talk about young players needing lots of runway (i.e. time) to develop before they take off. The runway in this context is that additional year that would give Bernier time to settle into the organization, a new goalie coach, new surroundings, and not be pressured to instantly be the No. 1 starter.

It also gives the Flames ample opportunity to evaluate Bernier and determine if he’s someone they want to move forward with and if it is, voila -- they have that option.

At the money Bernier is making and with the god-awful numbers he’s put up, the Leafs aren’t exactly in a position of power when it comes to asking price.

Could the Flames talk Toronto into retaining some salary? They would have to in some form -- that or take salary back in the form of a player with a hefty price tag like Mason Raymond, Ladislav Smid or Dennis Wideman as Calgary doesn’t have the cap space to just absorb Bernier for a draft pick.

On the other hand, the Leafs do have cap space so the makings of a deal are there.

Considering the caliber of goaltending the Flames have received so far this season from Ramo (.907), Ortio (.868) and Hiller (.862), who have all been below average with the latter two well below average, it’s hard to imagine Bernier being much worse. His save percentage is quite a bit higher than Hiller and given the hot streak Ramo is on right now, that's probably the fit anyway, replacing Hiller as the No. 2. In such a scenario, Hiller would be waived and shipped to Stockton if he is not included in the deal and sent to Toronto.

For Bernier, reduced expectations as would be the case at this point could be the best thing for the native of Laval, Quebec. Assuming the price tag is minimal, it's a little-to-no risk gamble with a potential high reward and for the Flames, at least they're trying to address their season-long struggles at this critical position. That in itself would be applauded by a sympathetic and hungry-for-change fan base.

Bernier was selected by Los Angeles 11th overall in 2006. He was the first goalie off the board, much like Carey Price (5th overall) was in 2005. Going in the first dozen picks carries no guarantee of success as Al Montoya (6th overall in 2004) will attest but Kari Lehtonen (2nd overall in 2002) and Marc-Andre Fleury (1st overall in 2003) have worked out not bad.

More than anything, it means there was once a lot of potential there. Six years ago in the AHL, he dominated with a .936 save percentage, which propelled him to the NHL, where he ended up as the understudy to Jonathan Quick. So there's talent there, it’s just a matter of whether it can be extracted.


7. Suffocating in the Big Smoke

The scrutiny players face in an educated and passionate hockey market like Calgary may seem intense at times but former NHL players will tell you that it is nothing compared to the intensity of the spotlight when you’re playing in Toronto or Montreal.

Now being under that microscope can be a wonderful thing if you’re successful. You’ll get the star treatment everywhere you go. But if you struggle, it can be brutal.

Add in that Bernier plays hockey’s most important and most-critiqued position and you get a recipe for failure if things go sour. Getting called out publicly by the coach doesn’t help matters either. A change of scenery sometimes works for players and that seems like a very real possibility with Bernier.

Remember, he just reeled off three straight AHL shutouts two weeks ago when he was shipped to the AHL team on a conditioning stint. While that team still played in Toronto, the Marlies are no comparison to the Leafs and it supports the notion that maybe a fresh start in a new environment would make a difference.


8. Catching Dubnyk in a Bottle

Minnesota struck gold last year when they picked up Devan Dubnyk from Arizona in January for a third round draft pick and he went on a three-month tear where he played like one of the NHL’s elite goalies.

Dubnyk was 28 years old when the Wild acquired him and was coming off a 2013-14 season that was awful and included time in the AHL. One could argue that the depths to which Bernier has sunk is not unlike where Dubnyk's career had fallen to at the same age before he turned it around.

If you can make the money work and you can alleviate a bad contract of your own in the process, it sure seems like a worthwhile gamble to me.

Treliving and Flames President of Hockey Operations, Brian Burke, were both in Toronto Tuesday night when Tampa Bay was in town and they watched Bernier -- fresh from his conditioning stint -- give up five goals on 27 shots in an overtime loss.

Did that sap their interest or did they see someone that perhaps could be picked up at a bargain price? Someone that may still have some game buried under that beaten-up exterior. We'll wait and see although after the lower body injury to Leafs goaltender Garrett Sparks on Thursday, it might be a longer wait now. With James Reimer (groin) also injured in Toronto, Bernier's availability probably has to wait until Reimer returns as he's now the No. 1 guy there.

Something to watch for now is does Bernier take advantage of this opportunity to bolster his value or does he does end up further diminishing it? His track record this year would suggest the latter but if he's still got game like we're speculating, don't rule out a turnaround either.

Either way, Ramo's .966 save percentage his past two starts suggests the urgency from Calgary's end might not be what it was a week ago. So if you were hoping to find a Bernier under your tree this Christmas, you may have to settle for Star Wars stuff instead.