About Czech RW Daniel Pribyl, Who the Flames are Reportedly on the Verge of Signing

Sportsnet Analyst Elliotte Friedman reported late Saturday night that it is expected that Calgary will announce the signing of forward Daniel Pribyl once the Czech playoffs are over.

No comment from CAL, but word is Flames will sign Czech F Daniel Pribyl after that league's playoffs.
— Elliotte Friedman (@FriedgeHNIC) April 17, 2016

A natural centre that has also played right wing, the 23-year-old was a sixth round draft pick of the Montreal Canadiens in 2011. He is a free agent and last month it was reported by TSN hockey insider Bob McKenzie that there were at least six NHL teams pursuing him with Nashville and Pittsburgh among them.

Contract-wise, Pribyl will be subject to the NHL's entry-level system. Based on being age 23 as of Sept. 15 of this year, my understanding of the collective bargaining agreement is that Pribyl's ELC would automatically be a two-year, two-way deal. The most his NHL salary could be is $925,000 with bonuses potentially on top of that.


Pribyl plays for HC Sparta Praha in the Extraliga, Czech's highest-level hockey league. The team is based in Prague, the country's largest city with a population very similar to Calgary at just over one million.

After a second place finish in the 52-game regular season, Sparta is currently playing in the best-of-seven league final against regular season champion Liberec. The series is tied 1-1 and resumes with game 3 in Prague on Monday. 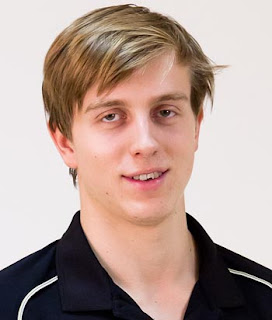 Here's a bit more about him, as taken from the HC Sparta Praha website:

As one of the youngest players on his team, Pribyl led Sparta in scoring this past season and finished tied for second in the league with 45 points (16 goals, 29 assists) in 45 games. He was a plus-15 with 12 penalty minutes.
He had kept the production going in the playoffs with 11 points (5 goals, 6 assists) in 9 games. However, due to a lower body injury, he has not played for the past two weeks, missing the team's last four games.

After starting out playing hockey in his hometown of Pisek, a 90-minute drive from Prague, he joined the Sparta Praha organization in 2009-10 at the age of 16. He played one year on their U18 team, a year-and-a-half primarily on their U20 team, before moving up to their main team during the 2011-12 season.

Other than being loaned for the final couple months of 2011-12 to the team's affiliate in the second division, he has spent all his time with Sparta with this season basically being his fifth in the Extraliga.

This is a young player whose points-per-game has steadily increased each season and appears to be just entering his prime.

Pribyl is not altogether new to the Scotiabank Saddledome. He played for the Czech Republic in the 2012 World Junior Championships that was co-hosted by Calgary and Edmonton.

While the Czechs played in Group B that played their games in Edmonton, he did appear in two playoff round games in Calgary including a heartbreaker when the Czechs lost 2-1 in overtime to Russia in the quarterfinal. They then beat Slovakia 5-2 in the fifth place game, also played in Calgary.

Limited by a leg injury suffered during a pre-tournament game, he finished with one assist in five games.

Several players from that Czech team are now playing in the NHL:

Edmonton defence prospect David Musil, who played this past season at Bakersfield (AHL), was also on that team.

Pribyl ticks several boxes on the wish list for Treliving. He has size, he plays right wing, he shoots right, and he can score.

Whether or not he has the ability to play right wing on the Flames top line remains to be seen. But that would be pretty lofty expectations. Heck, whether or not he even makes the NHL roster at all is very much an unknown. On a two-way deal, he could easily be shipped to Stockton as was the case with Jakub Nakladal to ease the adjustment to a new country, new system and the smaller North American rink.

We'll have to wait and see what this guy is all about when he arrives in town. The one thing that obviously works to Pribyl's advantage at is the (lack of) depth chart on the right side. While in his fight to crack Calgary's blueline, Nakladal was up against a bunch of established veterans with one-way deals, right wing is much thinner. In terms of right-shooting forwards in the organization, it's a barren wasteland at the moment.

The complete list of right-shooting forwards that finished this season in Calgary or Stockton:

While Michael Frolik, playing his off-wing, has become a fixture at right wing, the remaining spots have been a carousel of left wingers filling in on the right side. Two of the four regular right wingers to begin the 2015-16 season were shipped away at the trade deadline in Jiri Hudler and David Jones.


Next Up for Pribyl

While this is still very much speculative as there has been no official announcement made by the organization, the next step one would expect for Pribyl is a trip to Calgary for development camp in July, similar to how the Flames began to integrate Nakladal last summer. That gave the defenceman a chance to meet the coaching staff and get orientated a little bit to the city, making the transition a little bit easier come September.

Notably, Pribyl will be coming over to North America four years younger than Nakladal.

Come the fall, I'd expect he would be a participant in rookie camp and while he's a bit older than the norm, potentially that would include a trip to the sunny Okanagan and the Penticton rookie tournament. Flames main camp would follow after that.

Of course, this move will conjure up memories from four years ago when Roman Cervenka, also a Czech, was signed by Jay Feaster. At the time, the Flames GM described him as a "highly skilled player with great hands, excellent vision and the ability to score goals at an elite level."

Widely viewed as a failed venture, Cervenka got off to a tough start by missing the already-abbreviated training camp due to blood-clotting issues. Then came the controversy about what position he played. The Flames touted him as a centre and that's where they hoped he'd play, ideally in a top six role. Later it was learned that he wasn't really a centre at all so that misunderstanding was a bit awkward.

One notable difference is Cervenka, a 5-foot-11 left-winger, was 26 when he came over.

Cervenka had 17 points (9 goals, 8 assists) in 39 games during that lockout-shortened 2012-13 season. After that one year, he returned to the KHL, signing for the kind of big money he wasn't going to get from Calgary even if there was an appetite to play another year in the NHL.

Of course, another veteran Czech on the roster right now is Ladislav Smid.

Around for over 100 years, Sparta Praha is looked at as one of the most famous hockey clubs in the Czech Republic.

To celebrate the team's 100th anniversary in 2004, an all-star team was named with former Flame Jiri Hrdina named as one of the three forwards. Hrdina, who came over to North America at age 29, was part of Calgary's Stanley Cup-winning team in 1989.

Interestingly, former minor league goaltender Danny Taylor is currently one of the team's goaltenders. He spent two seasons with the Flames organization, making two NHL starts with Calgary during that 2012-13 season.

This is an ideal addition for Calgary. Among the many things to like about the signing is it doesn't cost you a thing. It's adding an asset without having to give up one.

Whether or not it works out remains to be seen but it's the kind of creative thinking you have to applaud the GM for. There is no risk in bringing him in yet there could be a giant upside.

Considering the big raises due to Johnny Gaudreau and Sean Monahan this summer, it's the type of value contract that is ideal. If it works out, what a bonus that would be for Calgary. Given his age and pro experience, there is no reason to think he can't step right into the NHL line-up too. Yet, the team has the luxury of not needing to rush him if he's not ready. He can go to California and spend some time in the AHL first.

How is his skating? What are his other attributes? I can't honestly tell you. But his hands sure look pretty smooth as seen on this highlight-reel goal from this year's playoffs (via Reddit). That inside-out move once he got to the net was strikingly similar to Sam Bennett's finish on Marc-Andre Fleury earlier this year.

Here's another Pribyl goal from a couple years back that wasn't too shabby either.

We will learn a lot more about this player as we go along. Once the signing is officially announced, we'll get more intel at that time from the club as they've scouted him. But for now, this is what we know.

It's going to be a long summer for the Flames with them not making the playoffs but with the draft lottery less than two weeks away now, then the draft and free agency after that, and with all sorts of needs to address, you get the sense this off-season will be a busy one and far from uneventful.