Smid's Future Uncertain After Suffering Yet Another Season-Ending Neck Injury

When the NHL's buyout window opens on June 15, a handful of Flames are possibilities for the infrequently-used option that in recent memory has seen Calgary buy out Shane O'Brien and Nigel Dawes. However, one often-discussed player that will not be a candidate is Ladislav Smid.

After suffering a season-ending upper body injury Feb. 17 on a first period hit by Minnesota's Jason Zucker, the 30-year-old defenceman is still not better and the CBA does not permit teams to buy out an injured player.

"Same situation," said Brad Treliving on Monday when I asked him how Smid's status this summer compared to a year ago when his long-term health was also in question after having a second neck surgery.

"It all stems from initial surgery he had on his neck six years ago. That first surgery actually had some hardware placed in there and there was a fusion. The second surgery last year wasn't as intrusive in that he didn't have to get it reconstructed or anything. They just released some pressure. The hardware was still intact but the area, it needed to calm down," explained Calgary's general manager.

"He then similarly banged it again. He didn't require surgery this time around but there's obviously a recurring issue and when you're talking about your neck, whether it's going to be ready or not or get cleared or not, those are all things we still don't know."

Smid has one year remaining on a four-year deal that pays him an annual average value of $3.5 million. Last year when he was healthy, he only dressed for 22 games. He was scratched for 27 games. 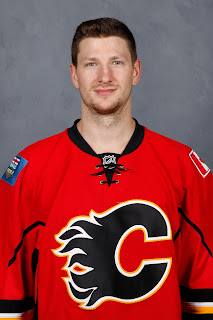 While it appears his days of regular NHL playing time are behind him, one wonders if his days of playing altogether are also behind him.

Not to be lost is the fact the personable 6-foot-4 Czech, father of twin children (son Ladislav, daughter Zoey) a year-and-a-half old, has a healthy life away from the rink to consider. Is this the summer in which parenting becomes the priority.

"I'm going to speak with Smiddy prior to the draft. He's been in touch with our medical guys and we'll see where he's at. He's obviously gone through two years of dealing with some significant stuff. We'll get a sense of where he's at medically both where we see it, where the Doctors see it and where he sees himself. Then we'll get a plan of attack," said Treliving. "But with this one, it's another year where it's recurred. There's obviously something. It becomes a little bit more of a caution sign right now and whether it's going to get back to the point where he's alright."

If the determination is that he is not fit to return to playing hockey, he would presumably be placed on long-term injured reserve, giving the team cap relief of up to $3.5 million should the team payroll be at the upper limit of the 2016-17 team salary cap. For those thirsty for more details on how LTIR works and it's more complicated than you think, there's an extensive explanation on the website CapFriendly.


World Cup in Jeopardy for Jokipakka

As for other injuries players took into the off-season, Treliving says everyone else is either better already or is mending just fine and there are no concerns about anyone not being ready for the start of next season. 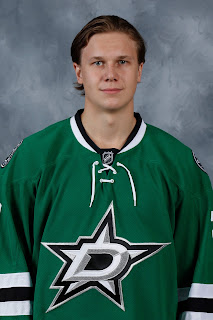 The situation with 24-year-old blueliner Jyrki Jokipakka, acquired from Dallas in the Kris Russell trade, is the most significant. But he should be OK or close to it, by the time training camp begins in September.

"He got a procedure done at the end of the year on his hip and everything went well," said Treliving. "I'm not expecting there to be an impact on the season but we'll see where he is later in the summer and if that means maybe he starts training camp a little bit slower than the others."

What isn't yet known but certainly is in jeopardy is Jokipakka's availability to Team Finland for the World Cup, which begins Sept. 17.

"We spoke to them before they named him to the team and they really wanted him and we made them aware of his hip situation. Obviously, he's got his sights set on playing in it and good for him and we want him to play there. But it's one thing to be ready for camp where you can ease into things. It's another thing with that, where you're going to go 0-to-60 in a couple seconds."


Also on the blueline, Treliving says veteran Dennis Wideman has fully recovered from his triceps injury that ended his season in mid-March. No surgery was needed, he only needed therapy.

Up front, Sean Monahan banged up his shoulder in the final game of the season in Minnesota. But it was only a minor injury.

"There was no surgical intervention or anything like that. If we had played some more games, he would have been questionable for those but he's back to full speed," said Treliving. 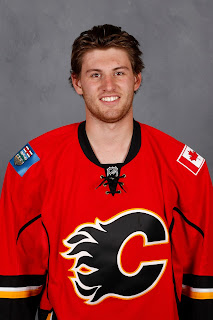 In net, goaltending prospect Jon Gillies has also fully recovered from hip surgery that ended his season in early November. After rehabbing in Calgary until the end of the regular season and then continuing his rehab back home, now he's in regular summer training mode.

"He'll come back prior to development camp, spend more time here, but he's right on track. The whole plan once we finally made the determination to have the surgery when we did is to have him ready, so he gets a full summer of training under his belt. so we're not rehabbing in the summer. Our plan is for him to be full-go for development camp."

While the Finnish goaltender technically becomes a free agent on July 1, he will remain under the Flames care until he's deemed healthy. The original timeline issued was 6-8 months, which means he probably won't be ready until late August or as late as October.