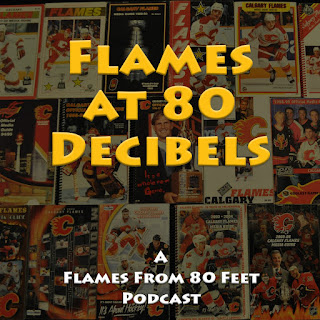 Good news hockey talk-starved Flames fans, podcast No. 3 is now up on the big SoundCloud in the sky.

Recapping what's transpired so far with this ongoing experiment:


This week after doing a bit of experimenting earlier on with my new Blue Yeti microphone, I decided to go back to what had worked well two weeks ago and I reconnected once again with Mr. Kerr and in his home studio. Recorded last night, we dug into a number off-season Calgary Flames topics, while also reminiscing about the Expos, weddings and our days working in the video store industry.

Now I'm endeavouring to figure out how to set up an RSS feed so my podcast can be uploaded to iTunes and become official, findable and playable on your favourite podcast players. Stay tuned for progress updates.

Progress, I think. I have successfully uploaded the podcast to iTunes for review. Sounds like this could take a few days but getting closer.
— Darren Haynes (@DarrenWHaynes) August 7, 2016


Like always, I welcome and look forward to your feedback