Under Repair: Closely Examining the Flames New Approach to the Penalty Kill

They were the two most common words when I asked various Flames players to describe the new penalty killing system being implemented by coach Glen Gulutzan.

Of course, the reason for the overhaul is there was only one word to describe the system last year.

Just like the day before, the theme at practice on Saturday when the Flames hit the ice at WinSport -- displaced from their regular digs by the concert-touring Dixie Chicks – was the PK. As if anyone needed a reminder, Calgary was the worst team in the league while shorthanded last season, killing off penalties at a rate of just over 75 percent.

When you take a wrecking ball to a certain way you've been used to doing something, there is naturally a lot of learning that needs to happen -- where to stand, what are your routes, stick position, etc. Going hand-in-hand with that is unlearning the past and those instincts still ingrained from the old system. 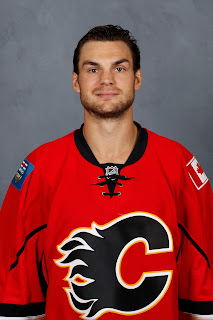 “I don't know about the younger guys but for me, I've seen these tactics before,” said Michael Frolik, comparing the aggressive forecheck aspect of the new system to how Joel Quenneville approached the PK during his three seasons in Chicago. “Everybody does things similarly. It's pretty simple, I think, just go out there and do the work the coach asks you to do and make sure we are all on the same page.”

Gathered by the bench, red jerseys were taken off by designated players and white jerseys put on, followed promptly by a face-off in the defensive zone and a high-tempo five-on-four that continued until the puck was cleared. This same process repeated countless times as different pairings rotated through the roles of penalty killers at both forward and defence. Along the way were periodic bursts of Gulutzan's whistle as he halted play, gathered together his four students, and calmly but insistently re-iterated and/or demonstrated exactly what he wants them to do.

“The last two days have had a heavy slant towards PK because I didn't like where we were two days ago,” said Gulutzan. “Now I'm comfortable where we're at, but we have to keep going.”

How bad was Calgary while shorthanded a year ago? If in that final game in Minnesota they would have gone 23-for-23 instead of 5-for-5 on the PK, they still wouldn't have climbed any higher than 29th.

To explain the changes to the penalty kill, it's easiest to break it into two elements.


Element No. 1 – The Forecheck

Expect the Flames to be more aggressive in the neutral zone, trying to disrupt the attacking team from entering the zone with ease. The basic thinking here is you can't score if you can't gain the zone. 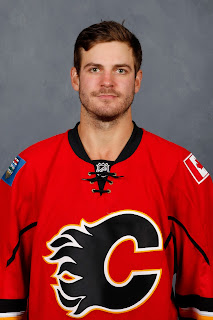 “He wants us to stand up a little bit more and try to kill the play early, kill the play right at the blueline so they can't get in,” explained Lance Bouma, who led Flames forwards last year in average shorthanded ice-time per game.

A term Gulutzan used for his penalty killers is being “organized” at the blue-line.

“We want to be better at our line in denying entries,” said the coach.

With increased puck possession a priority this season, the obvious way to improve in that area is to force the other team to give up the puck.

So if you're not successful in turning them away at the blue-line, the contingency plan is to force a shoot-in and make them go chase it.

“Be a bit more aggressive at our blueline to make sure they dump the puck,” said Mikael Backlund.

There are also changes to how the Flames will defend once the opponent does successfully gain the zone and get its power play set up.

For forwards, the theme once again is being aggressive and applying pressure, as opposed to passively sitting back in the shooting lanes and getting pelted. 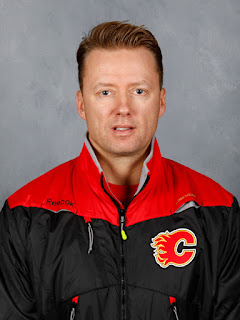 That's just fine with Bouma, who annually has been among the league leaders at forward in blocked shots-per-game, a distinction that has come with a price tag. Over the years he's often been seen hobbling to the bench after a shot off his foot, ankle or knee. Sometimes the shots come in a little higher too. He missed most of the playoffs two years ago after having his finger shattered.
Oh, he'll still be blocking shots and will do so willingly, that's just how he's wired. But the frequency should be far less.

“There are times where there's still a need for it, but there are different ways to go about it,” Bouma said. “The way we're doing it now is angling them more and trying to force a low percentage shot rather than getting right in the lane and eating it.”

For defencemen, one example of an adjustment for them is the role of the net-front guy.

“Last year, a lot of times, we'd give the wrap to the guy. So, if they moved the puck down low to a guy in the corner, our net-front D would pull off and take away the back door and let the guy walk out and wrap it,” explained TJ Brodie. “It was up to the guy on the strong side to try and get back and get a stick on it and if not, it was up to the goalie to make the save.”

This year in that same scenario, it's those two words again – being aggressive and applying pressure.

“This year with our net-front guy, we want him to be strong on the post. Be a little more aggressive and force them to make a high-skilled play to create anything,” Brodie said.

The reason why we can expect the penalty kill to continue to be worked on a lot as we wind towards the start of the season is in order to be successful, all four players on the ice need to be playing the same way. What to do and when to do it, that muscle memory, those instincts, everyone needs to be aligned. 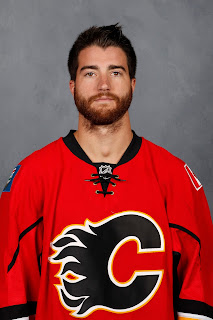 “Biggest thing is having everyone on the same page. If there's a forward that's aggressive and the D is not as aggressive, the pressure from the forward can be useless,” Brodie said. “But If one guy pressures, and then the next guy is pressuring, and then the next guy is pressuring, that's where teams run out of time and space and you force them to make a bad play or maybe fumble the puck and that gives you a chance to get it and ice it down.”

A key will be everyone playing on their toes, and not back on their heels, and acting fast and with precision when the window of opportunity opens ever so slightly.

“We have some triggers that we look for and that starts the pressure of three guys pressuring,” said Gulutzan.

So far in the pre-season we've seen lots of forward combos on the PK -- Frolik and Backlund, Bouma and Freddie Hamilton, Matt Stajan and Chris Higgins, Garnet Hathaway and Linden Vey, Lauri Korpikoski and Mark Jankowski.

Gulutzan says anyone can be taught to kill penalties. “It's the thing you can teach the most. I always say that power play is like art, PK is like math, it's more structure.”

That said, he added that some are just naturally better at it and the smarter players are often best at it.

“Some guys are just instinctually better than others at reading plays and where passes are going to go and are better with their sticks and stuff like that,” said the coach. “The best penalty killers in my opinion that I've coached are the smartest. They're not always the quickest, they're not always the biggest, they may not even have the best reach, whatever it may be, but their IQ is high.“

Given the frustrations from a year ago, the players are embracing the change.

“It's going to be good for our team because we're a team that wants to have the puck and we want to have pressure and that's exactly the way he wants us to play,” said Bouma. “ You want to be aggressive and you want to be all over them. That's the way all our systems are so we my as well do it on the PK too.” 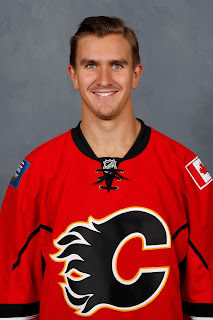 Brodie likes the new approach and the concept of making the opponent earn their goals.

“It makes sense,” he said. “In this system, we'll force the puck a lot more. For teams to score, they're going to have to make the perfect play.”

Knowing how passionate and invested Gulutzan is in the special team's success, is also something Backlund looks forward to.

“I've heard Gully takes a lot of pride and responsibility in being the PK coach and in the PK record so I'm excited about that,” says Backlund.

“We know if we're going to be successful, you need to be top 10 in those special teams. That's the goal for this year and hopefully we can do it,” said Frolik.

Gulutzan says it's coming along and he's comfortable they'll be ready in 10 days when they head up the highway to Rogers Place to open the season against the Edmonton Oilers. It's a night in which they'll face a dangerous power play featuring the likes of Connor McDavid, Jordan Eberle, Leon Draisaitl and Milan Lucic.

“We're going to get there, but we're not there yet,” said Gulutzan. “But where we were two days ago and where we are today, we've made great strides.”

Will there be a new word to describe the Flames penalty kill in 2016-17? The club sure hopes so.

Look up dreadful in a thesaurus and for antonyms, you get words like beautiful, comforting, delightful, great, nice, pleasing and wonderful.

Safe to say the club would be happy with any of those.