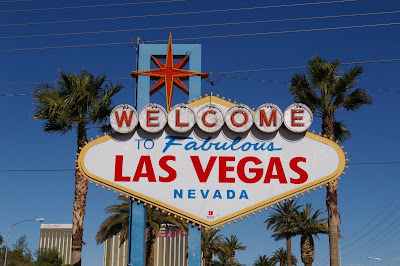 Head north on Frank Sinatra Drive, hang a right on Sammy Davis Jr. Drive and then take another right onto Mel Tormé Way.

That's how the directions begin if you're in Las Vegas and are about to make the 10-minute drive from T-Mobile Arena, home of the NHL's newest NHL franchise, to the giant outlet mall north of downtown on South Grand Central Parkway.

Why this is relevant is I'm starting to wonder if the hot deals on NHL players that have been anticipated as a result of the Vegas expansion draft, won't unfold until after the expansion draft is complete on June 20, rather than before that 72-hour process begins on June 17.

Since the expansion draft rules were finalized, the prevailing school of thought has been that there would be a flurry of deals done prior to the deadline for teams to submit their protected lists. The theory being that savvy general managers would use the expansion draft as a pressure point and try to trade for players from teams, who have too many players to protect and are worried about losing a quality player for nothing to Golden Knights GM George McPhee.

While such horse trading could still happen and will to some degree, there are a couple reasons why most of the noise may not occur until after McPhee has decided on his 30 trade chips... I mean players.

The Flames have an open spot on their protection list at goaltender.

But in surveying the rest of the league, this is a very unique situation.

Unlike office space in downtown Calgary these days, a vacancy on your protected list is quite rare. Almost all teams find themselves in the opposite situation of having too many players to protect for the number of slots they have available.

This is one of the reasons why pre-expansion draft player movement will likely be limited. Teams may be keen to add a particular exposed player from another team, but doing so means they subsequently have to expose an additional player from their own roster, who otherwise would be protected. That may act as a deterrent.

The other factor that could act as a governor on pre-expansion player movement will be the desire for teams to not lose multiple players.

Say you're one of the Western Conference teams like Nashville, Anaheim or Minnesota with a spoil of personnel riches well beyond what you are permitted to protect. Losing one player for nothing might very well be the best outcome of the various options open to you.

Let's examine the Predators as they're a team that is top of mind after evening the Stanley Cup final at two games apiece. 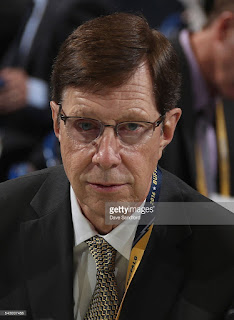 They would be a team that probably opts for the eight skaters-one goaltender breakdown as opposed to seven forwards-three defence-one goaltender so they can keep their vaunted top two defence pairings intact of Mattias Ekholm and P.K. Subban, and Roman Josi and Ryan Ellis.

Limited to only protecting four forwards in that scenario -- presumably Filip Forsberg, James Neal, Viktor Arvidsson and Ryan Johansen -- they would most likely lose a forward to Vegas.

Nashville GM David Poile, knowing he could potentially lose young Swedish centre Calle Jarnkrok for nothing, might try to trade him to another team and at least get a draft pick in return.

The flaw with that plan is you're still going to lose a player to Vegas anyway so now you'll be down two solid pieces upfront. In such a scenario, you no longer have Jarnkrok and now you also are going to lose one of Craig Smith, Colin Wilson, Colton Sissons or Pontus Aberg. Even 2010 first rounder Austin Watson might interest McPhee.

The smarter move for Poile is just stand pat. While losing a player like Jarnkrok for nothing may seem like bad asset management, it's better then losing two players in exchange for that one draft pick. This is a team that in less than a week could be holding the Stanley Cup over their heads. The Predators are clearly in a window to win and any scenario that involves only subtracting one top-nine forward instead of two would be the smarter route to go.

Same goes for the Ducks and Wild. If you're Bob Murray or Chuck Fletcher, don't overthink it and end up clearing out more talent than you need to. You may have four or five coveted guys exposed that you don't want to lose, but Vegas can only pluck one of them. Just accept it and move on.

With Calgary needing two goalies for next season, among the many names kicked around this off-season have been Pittsburgh's Marc-Andre Fleury and New York's Antti Raanta.

Both under contract for next season, the reason these two names are available and have been kicked around as potential Flames targets is again because of the expansion draft. The Penguins have Matt Murray. The Rangers have Henrik Lundqvist. They are the goalies their teams will protect. It makes the other two very attractive options for Vegas to select in the expansion draft unless they are moved beforehand.

There are plenty of reasons I've already covered off in this space for why Flames GM Brad Treliving should be kicking the tires on both guys, among other goaltending candidates, to see what the cost would be. One of them, as mentioned, is Treliving has the luxury of being able to bring in a goalie pre-expansion draft without impacting his protected list.


I approached the #Flames goaltender search like a sommelier when pairing a particular wine with a particular cheese. https://t.co/1yWbctUdcz pic.twitter.com/hlLRDdLmS9
— Darren Haynes (@DarrenWHaynes) May 15, 2017


However, while there may be a deal that makes sense for Calgary, it may not be worthwhile for Pittsburgh or New York given the ramifications on each of them in the expansion draft.

If you're Pittsburgh GM Jim Rutherford, it would be lousy to lose a 12-year veteran like Fleury and get nothing in return, but dealing him could be worse. Trade Fleury and now you're down him and still looking at losing another player such as minute-munching defenceman Brian Dumoulin.

Dumoulin just happens to be the Penguins leader in ice time in these playoffs, yet is likely the guy exposed on the back end if the team opts to protect Kris Letang, Justin Schultz and young Olli Maatta.

So while losing Fleury for nothing sounds like a bad deal in principle, Dumoulin and Fleury both leaving for a draft pick is worse, especially considering the Penguins are coming off a second straight Stanley Cup appearance. The less change, the better.

Same thing for the Rangers.

Flipping Raanta to Calgary for a draft pick prior to expansion may seem like the smart move, but then they would also lose to Vegas Swedish forward Jesper Fast or Michael Grabner or Oscar Lindberg, or a solid blueliner like Nick Holden. Now you're down two players. Viewed that way, losing your back-up goalie to Vegas but keeping the rest of your roster intact -- and it's a very good team coming off a 102-point season -- is a much better outcome.

What we know is Vegas is going to leave the expansion draft with 30 players.

What I expect is McPhee is going to then take all his trade chips and there could be a bunch of them, set up shop at Las Vegas Premium Outlets North, and declare himself open for business. 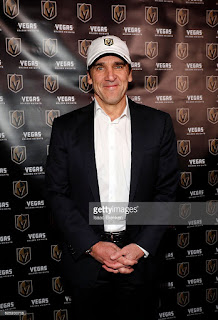 McPhee has to select 14 forwards, nine defencemen and three goaltenders, but that leaves him with four extras to play with. The smart move would be to grab extra defencemen and goaltenders -- both of whom are always coveted -- and then auction them off to the highest bidder.

I would expect Treliving to be one of the GMs in the store browsing for a long time. Heck, he may have already pre-ordered a limited edition goaltender soon to be in stock.

Making a deal with Vegas for a goalie, now that's the type of deal for the Flames that makes sense for both sides.

While accruing draft picks are fine for McPhee, he also needs to build out his organization and the void out of the expansion draft will be that staggered depth of guys that are one, two and three years out. The expansion draft will net Vegas a lot of solid NHL-ready players, but mostly bottom-six forwards and third pairing d-men, there won't be much high-potential youth. The NHL entry draft is where McPhee will start accumulating youth, but these kids will still be several years away.

Missing are the guys in-between, those players that in the expansion draft are exempt from being selected. With Calgary limited on draft picks anyway -- without both a second and third round pick in 2017 -- it would make way more sense for the Flames to leverage a prospect instead, when shopping for a goaltender.

Maybe it's trading Brett Kulak in a deal for Raanta. Maybe it's dealing Oliver Kylington for Fleury. Maybe it's moving Hunter Shinkaruk for Phillip Grubauer. Don't get hung up on the specific names as they're just examples, more so it's the concept to take notice of and there would be a myriad of possibilities.


Six expansion draft strategies to ponder if you're Vegas GM George McPhee and how each one could impact the #Flames. https://t.co/QSvtJfT5pa pic.twitter.com/DDJgdTncOg
— Darren Haynes (@DarrenWHaynes) May 21, 2017

It's not unusual for it to be quiet around the Stanley Cup. Making news that detracts from the final is generally frowned upon. Once the playoffs are over and that could be as late as June 14, will there be a plethora of news? Probably, but there may not be as many trades as we're anticipating.

For bargain-shopping GMs, the best time to head to Vegas might be for the sidewalk sale that begins June 21. While not all inventory must go, you can bet there will be a handful of players moved.

So when the NHL unveils the Golden Knights 30-player roster, I'd be hesitant to describe it as Vegas unveiling it's 2017-18 team as a bunch of them may not be in Nevada by September. Heck, some won't be there long enough to plug money into a slot machine.

Regardless, with the 2017 NHL Draft coming right after the expansion draft, and on the heels of that being July 1 free agency, we're on the verge of a very busy time in the hockey world. Lest I forget Nashville's Stanley Cup parade that has to squeeze in there too.