Despite the Clouds, Still Plenty of Sunshine in the Upcoming Forecast for the Flames

You know what they say around Calgary. If you don't like the weather, wait five minutes.

If you don't like how the Flames are playing, just wait five days. Or three days. Heck, the wind can completely change directions in one day. 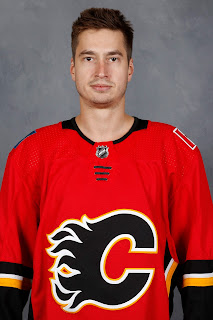 Having arrived back in Calgary in the middle of the night, players will wake up in their own beds on Sunday morning -- well, excluding hotel-bound David Rittich -- after a season-long 12-day, six-game road trip that epitomized this club's entire season so far.

Could have been better.

Could have been worse.

All in all, not bad.

It's easy to lament the points that got away. Blowing the lead three times in Friday's regulation loss in Dallas is a wound that will take a while to scab over. But the reality in today's competitive NHL is finishing above .500 on a road trip will never hurt you. Never.

Now is the bar for road excursions like the one they just completed going to be set higher than a smidge above .500 at 3-2-1? Yes.

Is seven out of a possible 12 points ever going to be the goal when you board that comfy charter, destined for the first stop? Absolutely not.

This is especially the case when you fancy yourself as one of the conference's elite teams.

But there's something to be said about finding a way to scratch out points when you're not playing your best hockey -- and that's certainly been the theme to the first two months of the season.

While one can also view it as maddening inconsistency, the other way of viewing Calgary's up-and-down season so far is one of tempered satisfaction in the fact that they've avoided any of those prolonged losing skids that can sink you.

Past the quarter point in the season now, the longest losing streak has been two games and according to my trusty Canadian Press Stylebook, it can't be described as a 'streak' until it's three or more games. So by CP's definition, they've yet to have a losing streak.

Of the three times that they've dropped two games in a row, only twice were both of them regulation losses. It seems that every time that doom and gloom looms, Calgary pulls a u-turn that next time out and turns those collective frowns upside down. For example:

Oh, they're a moody lot, these Flames. If you're not good with turbulence, you'll want to grab a case of Gravol next time you're at Costco.


In a Decent Spot in the Pacific

For all the consternation that has swirled around the Flames during these first seven-and-a-half weeks and there's been plenty, they're actually in a pretty good spot. Not a great spot, but not bad.

Through 23 games, they sit third in the Pacific with 27 points. They trail Vegas by four points and are two back of Los Angeles.

It's not a comfortable third by any means. Vancouver is just one point back in the divisional chase and in the fight for the two wildcard spots, there are seven teams between 24 and 26 points.

Three losses in a row and just like that, Calgary could be on the outside looking in.

But that's just it, they flat-out refuse to lose three times in a row. They're grinding away like a professional golfer that doesn't have his best stuff on that day. For every bogey, there's a birdie, but it's mostly pars while they wait for their swing to come around.

The good news, even though it may not be viewed that way by all, is the Flames have not played their best hockey yet. Far from it.

A few players have, absolutely, and those three need no introduction, but for the most part, this team is still finding its way and while you can view that as a concern, the positive that fans can rally around is inevitably, this team is going to get better.

While the offensive pace from the top line of Johnny Gaudreau, Sean Monahan and Michael Ferland is unsustainable, there's no reason to believe the drop-off will be significant. We're talking about three players, all of them in or entering their prime, playing the best hockey of their careers.

Meanwhile, there are several key areas of the team that are also not sustainable, but in this case, it's in a good way. Here are three areas where improvement can be expected:

Just when you think you're out, they drag you back in.

When we last saw the Flames at the Saddledome, they were revelling in the afterglow of that long-awaited breakout from the third line. 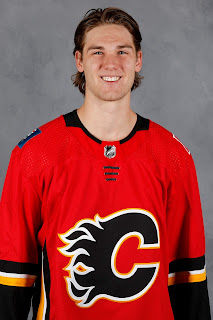 Two goals and an assist for Mark Jankowski, the first goal in a Flames uniform for Jaromir Jagr. Smiles, laughs, police hats and souvenir pucks were everywhere.

Then came the road trip in which that same trio of Jankowki, Jagr, and snake-bitten Sam Bennett, were skunked. Zip. Zero. Zilch. No productivity whatsoever.

But the points from this trio will come, the chances will eventually be buried and here's why.

In the last six games, those three have combined for 31 shots on goal (Bennett 11, Jagr 11, Jankowski 9) and 53 shot attempts. You don't need to be expert in hockey analytics to realize that a shooting percentage of 0 percent is unsustainable.

Mix in some dented iron along the way and they're doing pretty much everything but scoring. While the game summaries suggest maybe it's time to try something new, the eyes see something different. Keep throwing them over the boards. The breakthrough is coming.

Same thing applies to the assortment of spare parts that have made up the fourth line.

Added up, that's two goals and seven points at even strength in 80 combined games. That's the equivalent of one full season.

These players may not be dangerous snipers, but they're better than that.

They're not in last any more, so there's that.

The woes of the Flames gawdawful penalty killing up until this point is another one of those storylines that everyone is very familiar with by now.

But it won't always be this bad.

In fact, perhaps it's already started to turn the corner. Going back to the last two periods of the Philadelphia game, the PK has killed off 13 of the last l4 chances over the span of four-plus games. Along the way has been some critical kills at critical junctures too.

If this sounds familiar, it's because exactly a year ago today, Calgary was in an identical situation.

It would be naive to expect a similar run, but is there plenty of room for improvement in this aspect of Calgary's game? For sure.

Judging by the nightly fire drills, the defensive zone has been a struggle, obviously.

Expectations were high coming into the season and as a group, the Flames vaunted defense core has collectively stubbed their toe.

Travis Hamonic is still finding his way as he settles into a new team playing a different system. TJ Brodie has been making mistakes on a frighteningly frequent basis. Dougie Hamilton hasn't been immune to costly brain cramps also. 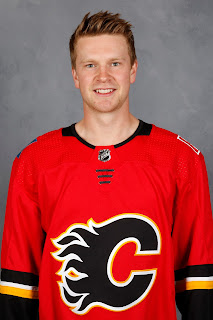 It's fair to question if this group is as good as they were touted and I'd say it's already too late for that.

But can they be better? Most definitely.

That Stars loss two nights ago was surely close to rock bottom with brutal defensive miscues leading to every goal -- Brodie, Hamilton (twice) and Michael Stone among the guilty parties.

But on the bright side, Brett Kulak's gradual ascent has been encouraging. While the 23-year-old got a night off on Saturday, I'd chalk that up entirely as the coach looking to inject fresh legs for the final game of a long roadie and Matt Bartkowski needing to finally get in a game. I fully expect Kulak back in uniform on Tuesday.

Prior to the road trip, Kulak was averaging less than 12 minutes per game (11:56). On the road trip, Kulak averaged more than 14 minutes per game (14:14) and he's playing the best hockey of his career. While an extra four shifts may not sound like a lot, it's an indication that Kulak is earning more trust from the head coach. With more ice time comes more confidence and you're seeing that reflected in his play.

Calgary's playoff positioning right now is precarious at best, but where they sit in comparison to Anaheim and Edmonton is worth noting.

Viewed by many including myself prior to the season as the Flames two biggest divisional threats, Calgary is three points up on the Ducks and seven points clear of the scuffling Oilers.

No disrespect to the Vegas Golden Knights, but I don't see them winning the division. So of the teams that matter, Calgary is two points back of the Kings with a game in hand and one point up on the Sharks, who hold a game in hand.

Sitting in a playoff spot is a great outcome for a team that has yet to play its best hockey.

So while many will want to view the Flames season as mostly cloudy, partly sunny is also accurate. I think it's inevitable that mostly sunny is on the way.

As long as every cold snap is followed by a chinook, Calgary will continue to remain in the mix in the Western Conference.

Once the team finds its way on the PK, eliminates the egregious defensive mistakes and once the supporting cast finally finds some puck luck, the mercury will rise.

Add in the strong season being had by the Flames top line, the solid play turned in by Mike Smith, who is clearly the real deal as a No. 1, and should Rittich be able to provide Calgary with stability on Smith's days of rest, there should be a heat wave or two coming.


In a division, conference and league where every team has its warts and reasons for its fan base to lie awake restless at night, the Flames are no worse for wear at this point and are in a position to still be viewed as probable post-season participants for a second season in a row.

When they get there and it's more a case of 'when' than 'if', you can bet that they'll be playing better hockey than they have been so far and that bodes well.