It was hockey's version of the 150-foot dash and my goodness, what an important one it was for Matt Stajan.

It was a critical juncture in the game too. Up against a non-playoff team that Calgary absolutely had to beat, they found themselves clinging to a one-goal lead late in the game. The better team by a large margin in the first period, the Senators had shifted the momentum back in their favour and by this point, the stellar goaltending of David Rittich was the only reason the Flames 1-0 lead was still intact.

Circling deep inside his own zone just above the face-off dot to Rittich's left, Stajan sees Brett Kulak make a superb play along the boards to strip the puck from Bobby Ryan and chip it into the neutral zone to an open Johnny Gaudreau. With Stajan darting up the left-side boards, Gaudreau cradles the puck before sending a short pass to his right to Curtis Lazar flying up through centre on the other side, who takes the puck wide as he crosses the Senators blueline.

As he gains the zone, Lazar looks to his left and he can see Stajan continuing to gallop up the ice like a thoroughbred. To buy his veteran center the extra bit of time needed to get to the net, the former Senator swings to his right against defenceman Fredrik Claesson and continues to patiently hold onto the puck.

Then it's go time.

With Stajan having blown past an unsuspecting Mark Stone and Erik Karlsson, who both made the mistake of turning their backs on him, he's now got a direct, open lane to the net and he continues his beeline for the near post. Lazar knows exactly what's going on and at the precise hundredths of a second, he threads a perfect pass across and Stajan -- travelling at full-speed -- stabs out his stick and neatly deflects the puck over the pad of Mike Condon.

What an absolute beauty.

The latest goal for Stajan was a big one. A huge one. An enormous one.

Heck, it's perhaps the most important goal he's scored since his memorable game-winner against the Vancouver Canucks at the Saddledome on Apr. 25, 2015, as the Flames completed a comeback from an early 3-0 deficit in game six and moved on to the second round of the playoffs with a 7-4 victory.

I couldn't be happier for him either.

As Stajan winds his way towards the finish line of his four-year, $12.5 million contract extension he signed back on Jan. 20, 2014, while Brian Burke was operating as the club's interim general manager, it's been a season of ups and downs.

Early in the year, there was plenty of the latter: Ten times a healthy scratch. Held without a point until Dec. 17. Just one assist in his first 34 games. Just one goal in his first 40 games.

During his early season struggles, he took a lot of heat. Admittedly, I was one of them, suggesting he no longer contributed enough to be a fixture in this club's nightly line-up. On a team starving for depth scoring, they needed more than what they were getting and if Stajan was no longer capable of that, it had come time to provide opportunity to others.

But lately, my goodness, there's been a lot more of the former. By that, I mean a lot more.

Seems he still had plenty in the tank after all. I know I stand corrected. For disgruntled fans, some of whom wanted him dispatched to the minors, others who lobbied for him to retire, it goes to show that maybe embattled coach Glen Gulutzan -- a relentless backer of Stajan -- might know what he's doing after all.


While it may seem like Chris Stewart, Nick Shore and Tanner Glass have had zero impact, I will throw out for consideration how well Stajan, Lazar and the fourth line is playing of late with those guys in the press box, awaiting a chance to get in the line-up.
— Darren Haynes (@DarrenWHaynes) March 10, 2018

Playing his Best Hockey in Years

The birth certificate says he's 34, but right now Stajan is playing like he's 24. 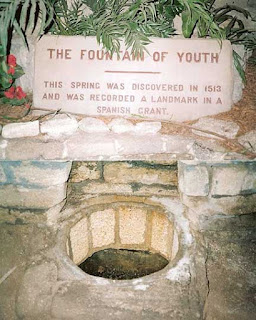 Call it a second wind. Call him rejuvenated. Maybe while on that Florida road trip in mid-January, Stajan snuck away for a side trip up the eastern coastline to the city of St. Augustine to take a dip in Ponce de Leon's fabled Fountain of Youth.

Whatever it is, it's working. As he approaches the 1,000 game mark -- just six more games to go -- Stajan is playing the best hockey of the season. Heck, I'd argue he's playing some of his finest hockey as a Calgary Flame and his statistics would back up that claim.

The NHL has an advanced stat called P/60. It takes your point production and factors in how much you're on the ice. The result is a number that reflects the number of points you're producing per 60 minutes of ice time.

For a guy like Stajan who is averaging around 10 minutes per night while centering the fourth line, it balances the playing field. While eight points (3 goals, 5 assists) in 19 games since Feb. 1 ties Stajan with Sam Bennett for eighth in team scoring, he climbs much higher on that list once you factor in his 10:44 of average TOI compared to the 18-plus minutes being logged by the seven guys ahead of him.


Of course, not factored into the above is all of Stajan's points have come at even-strength too. That makes what he’s doing even more impressive.

If you're curious how that 2.35 scoring clip over the past six weeks compares with the rest of his career, it's right at the top. Stajan's best P/60 in his previous eight seasons in Calgary was his 1.87 in 2012-13. That was the year he signed his contract extension.

Now on the season, adding in the 40 games of offensive futility through the end of January, his P/60 rate of 0.93 would be a career-low, but what's done is done. All that matters right now is Stajan has picked the most pivotal time of the Flames season to play his finest hockey of the season.

If Calgary has any hope of rattling off the eight or nine wins required over the final 13 games to get into the post-season, more of the same from Stajan and the fourth line would sure go a long, long way.

Stajan is a likable guy. He's soft spoken, but is thoughtful when he talks. Always a pleasure to deal with, when you talk about the consummate pro, he's that guy.

To come out smiling on the other side of what's been some tough years in a Calgary uniform is quite a tribute to his character. 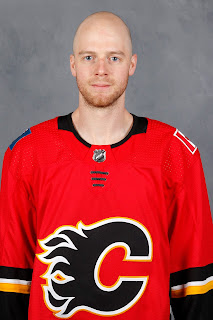 He arrived in town in February 2010 in the unenviable position of being the featured piece of the underwhelming package fetched from the Toronto Maple Leafs when general manager Darryl Sutter traded away popular young defenceman Dion Phaneuf.

As a throwback to the NHL's old payroll model of spreading it out, a constant point of ridicule is the fact that Stajan is a fourth liner making over $3 million dollars annually in a league that simply doesn't do that any more.

In the new NHL payroll model, you pay your best players a lot, then surround them with a less-expensive supporting cast. While Calgary is obviously an exception (see Troy Brouwer, although he's been playing much better lately too), fourth lines are now typically the home for young and/or cheap players, not the opposite.

Of course, everyone is familiar with the devastating situation Stajan and his wife, Katie, persevered through in the spring of 2014 with the loss of the couple’s first child, Emerson, who passed away shortly after birth.

But right now and going back to the NHL all-star break, there's zero issues with either.

As the conspiracy theorists used to rave, this is not someone merely being played to get him to the century mark in games So he can get that coveted silver stick. This is a guy that has flat-out earned his playing time and good on him.

For someone whose value you don't measure merely in goals and assists, the goals and assists are there as well these days. Add in everything else and you have yourself a very useful player.